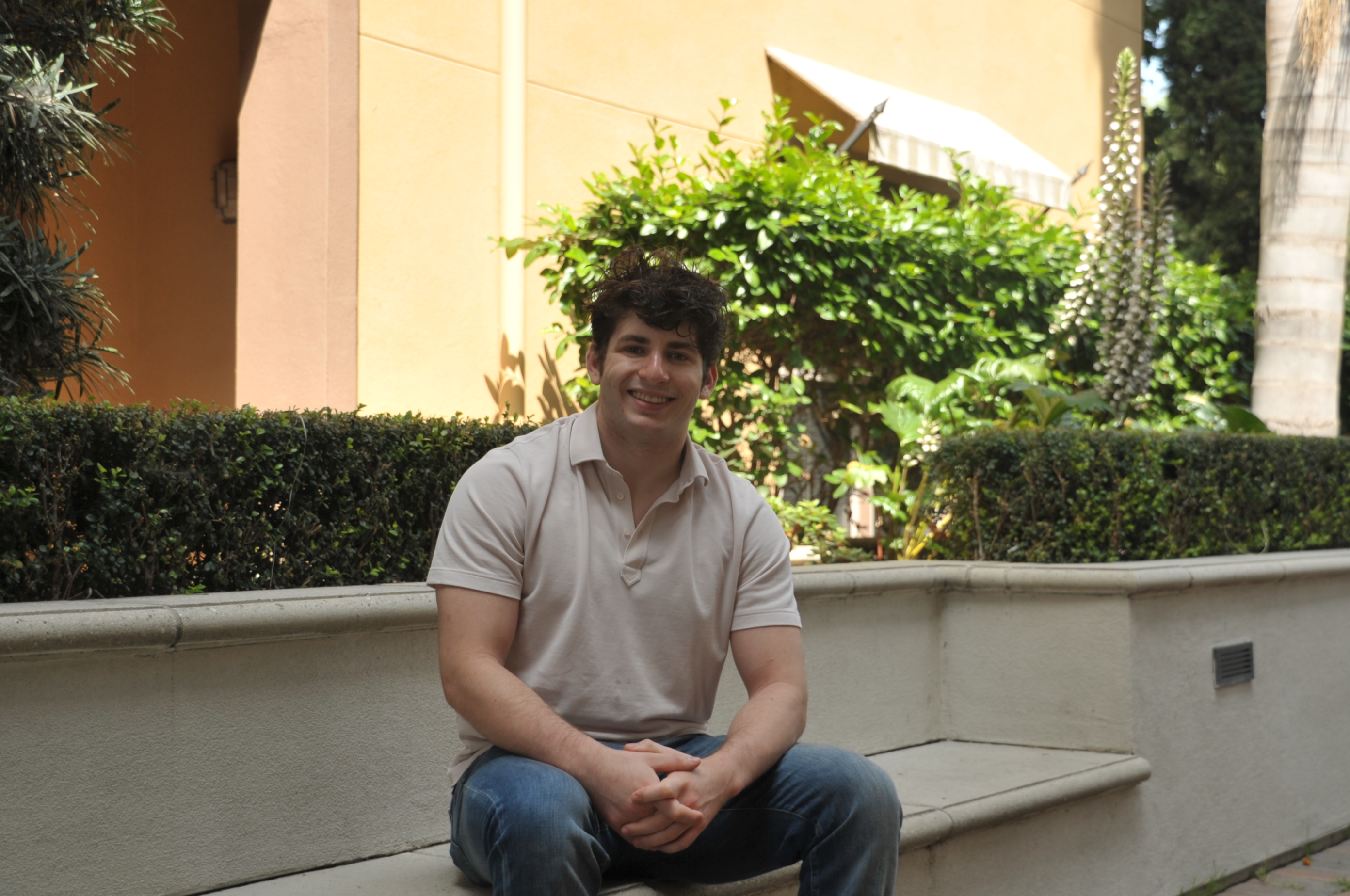 David Eisman ’22 has spent his four years at LMU preparing for a career in animation. As a classics and archaeology major in the LMU Bellarmine College of Liberal Arts (BCLA), his storytelling capabilities have been enriched by a broad scope of study and foundational knowledge of Greek and Roman literary and cultural traditions.

Eisman is originally from New York, and that is where his passion for animation began. As a senior in high school, he became an intern for the New York office of Frederator Studios, helping to write for their YouTube channel. Once he arrived at LMU, Eisman joined Frederator’s Burbank office as a development intern. The studio accepts pitches from the general public, and Eisman’s job was to read through any public pitches that came in through email, and forward the best ones up the company ladder. As a participant in the agency pitch process, Eisman was able to glean valuable insight into the development of animated projects.

While at Frederator, Eisman met Stephen Worth, a legend in the animation industry and the founder of the non-profit Animation Resources archive, which “educates students and professionals while providing them with rare art and animation material from Stephen’s own massive collection.” Working alongside Worth at Frederator for two years, Eisman was able to absorb a “masterclass” worth of knowledge listening to the animation guru’s lectures on animation theory, history, and technique. This led to Eisman volunteering at Animation Resources, a role that he describes as mostly “going to Stephen’s house and scanning materials while he continued his excellent lectures.”

Eisman’s enthusiasm and hard work paid off, and Worth invited him to serve as a board member for Animation Resources. Eisman now writes on “animation theory for the Reference Packs that are released every other month. These Reference Packs feature rare art, animations, as well as articles written by the board members.”

In addition to his work with Worth, Eisman also develops his own animated projects. During his freshman year, Eisman reached out to his friend Marcus McGuire, who was a student at Pennsylvania Academy of the Fine Arts in Philadelphia and “was and still is the most talented artist I have ever met,” if he would want to collaborate on developing an animated show to pitch. The two came up with “Indro,” which is about two adventurers, Dot and Orby, on a quest to find the god of their world. As Eisman and McGuire worked on the project, Eisman would share the storyboards, animatics, and animation with Stephen Worth at Frederator, who “would go through…with a fine-toothed comb and give excellent advice and critique.” The process taught Eisman more about the editing, timing, and sound-design of animation.

Although “Indro” was not picked up, the four years that Eisman and McGuire spent on it led to the creation of Stonefish Animation, where they are using the skills they honed on “Indro” to develop new projects. Of the many projects the pair is currently working on, Eisman is most excited about “The War of Frogs and Mice,” which is based on an ancient Greek epic poem of the same name that parodies the Iliad, with frogs and mice instead of Trojans and Greeks. They plan to finish the project in a year or two, and then submit it to film festivals.

This seems like a good place to tie Eisman’s story back to BCLA. He came to LMU as a screenwriting major, but at the end of his sophomore year realized that screenwriting was not something he wanted to pursue as a career. Eisman decided to switch his major to classics and archaeology, which he was already minoring in. Classics had always been an area of interest for Eisman, and—as “The War of Frogs and Mice” demonstrates—ancient myths and legends provide ample inspiration for the characters and projects that Eisman is now developing.

With the support of Professor Katerina Zacharia, chair of BCLA’s Classics and Archaeology Department, Eisman worked with the Los Angeles Greek Film Festival (LAGFF), assisting them with their animated short film selection. The LAGFF also provided the basis for David’s capstone project, which he presented at the department’s annual symposium. Titled “Greeks, Romans, and Nazis: Erasures, Omissions, and Commemorations,” Eisman’s project expanded on a review he had done for the LAGFF exploring  the films “The City and the City” and “The Students of Umberto Primo.” In it he examines how they “revive the forgotten voices of the Jewish people of Thessaloniki during the Nazi invasion of World War II,” and then takes a deep dive into how the Nazi regime distorted cultural mythologies of Athens and the Roman Empire while simultaneously erasing the presence of the “other.”

Eisman is grateful to Professor Zacharia for connecting him with the LAGFF and helping him throughout the process of creating his capstone thesis. He is also very appreciative of Chris Gipson and his expertise, which he imparted in “Epic Poetry,” a course that has provided Eisman with an abundance of inspiration for short films and other projects for Stonefish Animation. In 2022, Eisman was named the Classics & Archaeology program scholar and was the recipient of the O’Neil Endowed Classics award, which comes with a $500 monetary award that he aims to invest in the making of his first film.

After graduation, Eisman would like to work as an animatic editor at an animation studio. Ultimately, though, he wants to make Stonefish Animation a full-time job, and continue collaborating with McGuire “to make short films and feature films that showcase the power and importance of traditional, hand-drawn 2d animation.”

Instead of concluding with parting advice for current BCLA students, it seems more appropriate to offer Eisman’s recommendations of animators everyone should learn more about. In Eisman’s words, “Animators are never really shown any love or recognition in the modern zeitgeist. Everyone remembers and adores Walt Disney, but almost no one knows about Ub Iwerks who created Mickey Mouse and animated all the early cartoon shorts.” To that end, Eisman names Rod Scribner, John Sibley, Grim Natwick, Bill Plympton, Chuck Jones, Richard Williams, and Milt Kahl as some of his favorite animators. Although few people discuss animation with as much enthusiasm as Eisman, he is an amazing example to emulate in pursuing our own passions.