Is This any Way to Elect the World's Most Powerful Leader? Spoiler alert: NO!

This lecture examines the leading critiques of the US Presidential selection process, with an eye towards reforming or eliminating the archaic and undemocratic Electoral College. 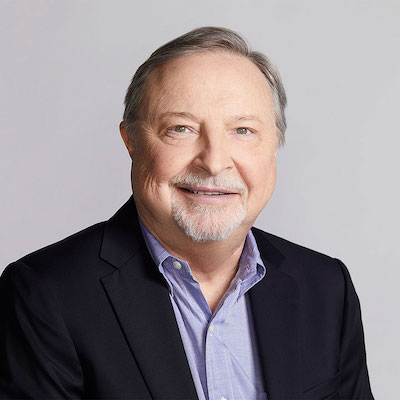 Michael A. Genovese received a Ph.D. from the University of Southern California in 1979. He holds the Loyola Chair of Leadership Studies, and is Professor of Political Science, Director of the Institute for Leadership Studies, and President of the Global Policy Institute at Loyola Marymount University. In 2006, he was made a Fellow at the Queens College, Oxford University. And in 2017 Professor Genovese was awarded the American Political Science Association’s Distinguished Teaching Award, only the fifth time in the APSA’s history that this award has been given out.

Professor Genovese has written fifty books, including How Trump Governs, The Trumping of American Politics, Leadership Matters (with Thomas E. Cronin, named OUTSTANDING LEADERSHIP BOOK OF THE YEAR by the International Leadership Association), Paradigm, 2012; The Paradoxes of the American Presidency (with Thomas E. Cronin and Meena Bose), Oxford University Press, 5th ed 2017; The Power of the American Presidency 1789-2000, Oxford University Press, 2001; The Encyclopedia of the American Presidency (winner of the New York Public Library, “Best of Reference” work of 2004), Facts-on File, 2nd ed, 2010; and Memo to a New President: The Art and Science of Presidential Leadership, Oxford University Press, 2008. He has also written a cookbook, Me and Mach: Food Fit for The Prince, Amazon, Kindle e-book, 2013; Women as Political Leaders, (edited with Janie Steckenrider) Taylor and Francis, 2013; Shakespeare’s Politics (edited with Bruce Altshuler) Paradigm, 2014; Building Tomorrow’s Leaders Today, Routledge, 2014; and The Future of Leadership: Leveraged Leadership in an Age of Hyper-Change, Routledge, 2015. His articles and reviews have appeared in the American Political Science Review, The Times Literary Supplement, Public Opinion Quarterly, Presidential Studies Quarterly, White House Studies, The Journal of Leadership Studies, and elsewhere.

Genovese has won over a dozen university and national teaching awards, including the Fritz B. Burns Distinguished Teaching Award (1995), the Rains Excellence in Research Award (2011), and the Rains Career Service Award (2019). Professor Genovese frequently appears as a commentator on local, national, and international television and radio (e.g., CNN, NPR, CBS). He is also Associate Editor of the journal, White House Studies, is on the Editorial Board of the International Leadership Journal, has lectured for the United States Embassy abroad, and is editor of Palgrave Macmillan Publishing’s, “The Evolving American Presidency” book series. Professor Genovese has been The Washington Center’s “scholar-in-residence” at three Democratic national political conventions, and the 2008 presidential inauguration, and served as scholar-in-residence at the 2012 Republican National Convention. In 2004-05, Professor Genovese served as President of the Presidency Research Group of the American Political Science Association. He is currently on the Advisory Boards of The Washington Center, and The Center for the Study of Los Angeles, and is the Chair of the Board of the Foundation. During the presidency of George H.W. Bush, Genovese served as a consultant on crisis management at the Department of Defense.

He occasionally does stand-up comedy at the Hollywood Improv Comedy Club.