SCREENINGS: The Runaways and Dirty Girls

SCREENINGS: The Runaways and Dirty Girls

Q&A with Michael Lucid and Floria Sigismondi will follow. 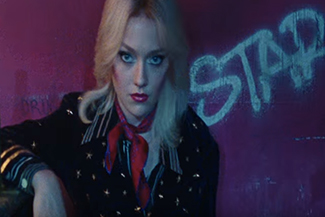 Kristen Stewart and Dakota Fanning star as Joan Jett and Cherie Currie in the music-fueled coming of age story of the groundbreaking, all-girl rock band, THE RUNAWAYS. They fall under the Svengali-like influence of rock impresario Kim Fowley (Michael Shannon), who turns the rebellious Southern California kids into a rock group with outrageous success. With its tough-chick image and raw talent, the band quickly earns a name for itself and so do its two leads: Joan is the band's pure rock n' roll heart, while Cherie, with her Bowie-Bardot looks, is the sex kitten.

Shot in 1996 and edited in 2000, this is a short documentary about a group of 13-year-old riot grrrls in Los Angeles who were socially ostracized at their school by their peers and upperclassmen. Everyone in the schoolyard held strong opinions about these so-called "dirty girls," and meanwhile the "dirty girls" themselves aimed to get their message across by distributing their zine across campus. Directed by Michael Lucid. Music: "Batmobile" by Liz Phair.