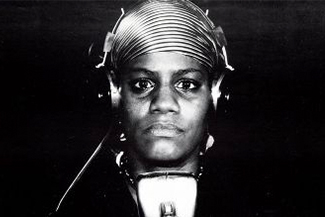 The movie that rocked the foundations of the early Indie film world, this provocative, thrilling and still-relevant classic is a comic fantasy of female rebellion set in America ten years after the Second American Revolution. When Adelaide Norris, the black radical founder of the Woman’s Army, is mysteriously killed, a diverse coalition of women - across all lines of race, class, and sexual preference - emerges to blow the System apart.

The distant future. A Nigerian space station in a remote corner of the galaxy orbits an artificial pinpoint of matter so dense it cannot exist in our solar system. It is a recreation of the birth of the universe itself, contained for the purpose of study, and overseen by Yetunde, sole crew member on the space station Eko.