Daniel Brunstetter is an Associate Professor of Political Science at UC Irvine. His current research interests concern the moral issues raised when using military force short of war—particularly drones—which is the subject of his latest book project. He has published widely on drones and the just war tradition in journals such as Ethics & International Affairs, Journal of Military Ethics, International Relations and Review of International Studies.

Deen Chatterjee is Senior Fellow of Law in the S. J. Quinney College of Law at the University of Utah and a Global Ethics Fellow at the Carnegie Council for Ethics in International Affairs in New York. He is the editor-in-chief of the two-volume Encyclopedia of Global Justice (2011) and the series editor of Studies in Global Justice. His publications include The Ethics of Preventive War, ed. (2013) and with Don E.‌Scheid, Ethics and Foreign Intervention, ed.(2003). His areas of specialization are justice and global initiative, ethics of war and peace, and philosophy of religion and culture.

Justin Connolly is the Director of California Committee South, Human Rights Watch. As spokesman in Southern California for Human Rights Watch, Justin speaks on a range of issues to advance the work of Human Rights Watch, and the human rights movement in general. Before joining the Human Rights Watch staff in 2010, he was a volunteer member of the California Committee South since 1991. During that time he took on several responsibilities including chairing the annual dinner, and leading the advocacy committee on outreach campaigns to support the establishment of the ICC, and end the use of child soldiers.  Justin has also held a handful of jobs in entertainment and technology, including at Creative Artists Agency, Compultion.tv, and Really Useful Information.

Daphne Eviatar is a lawyer and Senior Counsel in Human Rights First’s Law and Security Program, where she investigates U.S. national security policies and practices and their human rights implications. She reports on military commission proceedings at Guantanamo Bay, monitors terrorism trials in federal courts, researches the U.S. drone war and targeted killing policy, and is author of Detained and Denied in Afghanistan: How to Make U.S. Detention Comply with the Law. She is also an award-winning journalist; her work has appeared in The New York Times, The Washington Post, Newsweek, Politico and many other publications. Before joining Human Rights First, Daphne was an associate at Cohen, Weiss & Simon and a staff attorney at Children's Rights, Inc.‌

C. Christine Fair is an Assistant Professor at Georgetown University's Security Studies Program in the Edmund A. Walsh School of Foreign Service. Her research focuses upon political and military affairs in South Asia. She has authored, co-authored and co-edited several books including Cops as Counterinsurgents: Policing Insurgencies edited with Sumit Ganguly (2013, OUP) Cuisines of the Axis of Evil and Other Irritating States (Lyons Press, 2008); and Treading Softly on Sacred Ground: Counterinsurgency Operations on Sacred Space edited withSumit Ganguly (OUP, 2008). Prior to joining Georgetown University, she served as a senior political scientist with the RAND Corporation, a political officer to the United Nations Assistance Mission to Afghanistan in Kabul, and as a senior research associate in USIP’s Center for Conflict Analysis and Prevention. She is also a senior fellow with the Combating Terrorism Center at West Point.‌

Kerstin Fisk (conference co-organizer) is a Visiting Professor at Loyola Marymount University, where she teaches International Relations and International Security. Her research focuses on the preventive use of force, the present and future role of drones in international conflict, the transnational spread of civil war, and civilian protection in war. Her recent work includes “Actions Speak Louder than Words: Preventive Self-Defense as a Cascading Norm,” forthcoming in International Studies Perspectives.

David Glazier (conference co-organizer) is a Professor and Lloyd Tevis Fellow at Loyola Law School. Before attending law school, Glazier‌ served 21 years as a US Navy surface warfare officer. In that capacity, he commanded the USS George Philip, served as the Seventh Fleet staff officer responsible for the US Navy-Japan relationship, the Pacific Fleet officer responsible for the US Navy-PRC relationship, and participated in UN sanctions enforcement against Yugoslavia and Haiti.Prior to joining Loyola Law School, Glazier was a lecturer at the University of Virginia School of Law and a research fellow at the Center for National Security Law, where he conducted research on national security, military justice and the law of war. He also served as a pro bono consultant to Human Rights First.

Jerrold D. Green, a widely respected expert in international relations, US Middle East policy and the politics of the Arab world and Iran, is a Research Professor at USC Annenberg. In conjunction with his faculty appointment, he also directs the Pacific Council on International Policy, an international affairs organization affiliated with USC that consists of leaders from diverse professional and business backgrounds throughout the western U.S. As president and CEO of the Council, Dr. Green oversees a robust research and discussion program among an influential group of the world’s chief thought leaders. Prior to his appointments at USC, Dr. Green served in several positions at the RAND Corporation, including as senior advisor for the Middle East and South Asia, director of international programs and development, director of the Center for Middle East Public Policy, professor at the RAND Graduate School and associate chairman of the research staff management department.

Benjamin Jones is a PhD student in Political Science at Yale University with specializations in political philosophy and religion and politics.‌

Thomas Nichols is a Professor in the National Security Affairs Department at the U.S. Naval War College in Newport, Rhode Island, and‌teaches for both the Harvard Extension and Summer Schools. Previously at Harvard, he was a Fellow in the International Security Program and the Project on Managing the Atom at the John F. Kennedy School of Government.He is currently a Senior Associate of the Carnegie Council on Ethics and International Affairs in New York City and a Fellow of the International History Institute at Boston University. His most recent book is No Use: Nuclear Weapons and U.S. National Security (University of Pennsylvania Press, 2014). He is also the author of several other books, including Eve of Destruction: The Coming of Age of Preventive War (Penn, 2008). 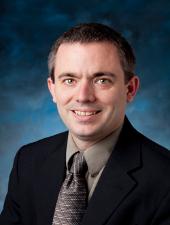 John Michael Parrish is an Associate Professor of Political Science at Loyola Marymount University, where he teaches and studies political‌ theory, focusing especially on the history of political thought and on the ethics of political leadership. Prior to coming to Loyola Marymount University, he was assistant professor of political science at Ohio State University. He has published a book, Paradoxes of Political Ethics: From Dirty Hands to the Invisible Hand (Cambridge University Press, 2007), and has a second book, The Decline of Mercy in Public Life, co-authored with Alex Tuckness, in production at Cambridge University Press (forthcoming 2014).

Avery Plaw is an Associate Professor of Political Science at the University of Massachusetts Dartmouth and is the Director of the University‌ Honors Program. His research focuses on political theory and international relations. Dr. Plaw’s book Targeting Terrorists: a License to Kill? was runner-up for the Canadian Political Science Association’s Prize for Best Book of the Year in International Relations, and he has edited two collected volumes, The Metamorphosis of  War and Frontiers of Diversity: Explorations in Contemporary Pluralism. He is currently working on a book on the ethics and legality of drone warfare.

Afsheen John Radsan is a Professor at William Mitchell College of Law in Saint Paul, Minnesota, where he teaches comparative counter-terrorism, constitutional law, criminal law, criminal procedure, evidence, and national security and serves as Director of the National Security Forum (NSF). John is a former federal prosecutor and a former assistant general counsel at the Central Intelligence Agency. As an expert on the CIA, John has often been quoted by, and made appearances on, the local and national media. He has testified before the House Judiciary Committee concerning the legal implications of the destruction of CIA interrogation tapes and provided a written statement to the House Subcommittee on National Security and Foreign Affairs concerning the legality of armed drones. 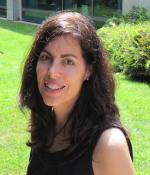 Jennifer M. Ramos (conference co-organizer) is Assistant Professor of Political Science at Loyola Marymount University. Her research focuses on US foreign policy, international security and international norms. Her work has appeared in Journal of Politics, Public Opinion Quarterly, International Studies Perspectives, Journal of Political Ideologies, Foreign Policy Analysis and Human Rights Review. Her recent books include Changing Norms through Actions: The Evolution of Sovereignty (Oxford UP, 2013), and a co-edited volume with Richard L. Fox, iPolitics: Citizens, Elections and Governing in the New Media Era (Cambridge UP, 2012).

João Reis is a Portuguese PhD student and a Junior Researcher at the Institute of Political Studies of the Portuguese Catholic University. He‌was born in Lisbon in 1988. He finished the International Baccalaureate in 2006 and graduated from University of Lisbon Law School in 2010. He was part of the IMPACT Program at the University of Massachusetts Dartmouth in 2011 and a Visiting Student at St. Anthony’s College at Oxford University in 2012.

Stephan Sonnenberg is the Interim Clinical Director and Lecturer on Law with the International Human Rights and Conflict Resolution Clinic‌ at Stanford Law School. Starting in 2011, Stephan and his colleague at the Stanford Law clinic began to critically evaluate the legality of the US drone program, first in Pakistan and subsequently in other countries where the US operates drones. In September of 2012, the Stanford Law clinic – in partnership with a human rights clinic at NYU – published a report titled “Living Under Drones: Death, Injury and Trauma to Civilians from US Drone Practices in Pakistan.”  Since the publication of that report, Stephan has been asked numerous times, in a range of different forums, to defend, explain, or reflect on the content of that report and subsequent policy developments.

‌David Burcham is President of Loyola Marymount University and Professor of Law at Loyola Law School. He is a recognized authority on constitutional law, clerked at the U.S. Court of Appeals for the Third Circuit for Chief Judge Ruggero J. Aldisert (1984-86) and the U.S. Supreme Court for Justice Byron White (1986-87) and was in private practice at Gibson, Dunn & Crutcher (1987-91). Prior to his term as President, he served as Senior Vice President and Dean of Loyola Law School (2000-2008), and was appointed Executive Vice President and Provost of Loyola Marymount University from 2008-2010.

Michelle Larson is the Senior Administrative Coordinator in the Department of Political Science at Loyola Marymount University. She holds a Master’s Degree in International Relations from Cambridge University and will be beginning a PhD in Political Theory at UCLA in the fall.  Her research interests include international ethics, international law and the use of force, the Just War Tradition, cosmopolitanism, and theories of collective identity and responsibility.

‌Thomas Gordon Plate is an American journalist, university professor and internationally syndicated columnist. Over the last 18 years his continuing column on Asia regularly has appeared in leading newspapers across the globe, including the South China Morning Post in Hong Kong, “The Straits Times" in Singapore, The Khaleej Times out of Dubai, United Arab Emirates, The Japan Times in Tokyo, The Korea Times in South Korea, The Jakarta Post, The Providence Journaland many others. He was Editor of the Editorial Pages of the Los Angeles Times from 1989 to 1995, and an L.A. Times op-ed columnist until 1999. He is now on the faculty of Loyola Marymount University in Los Angeles as its Distinguished Scholar of Asian and Pacific Studies.

Robert E. Williams, Jr. is professor of political science at Pepperdine University. Williams has published numerous articles and book chapters on just war theory, human rights and the American theologian Reinhold Niebuhr. He is co-author of Seeking Security in an Insecure World (2006, 2011), co-editor of Arms Control: History, Theory and Policy (2012), and is currently working on a book-length study of corruption and human rights abuses in Equatorial Guinea.