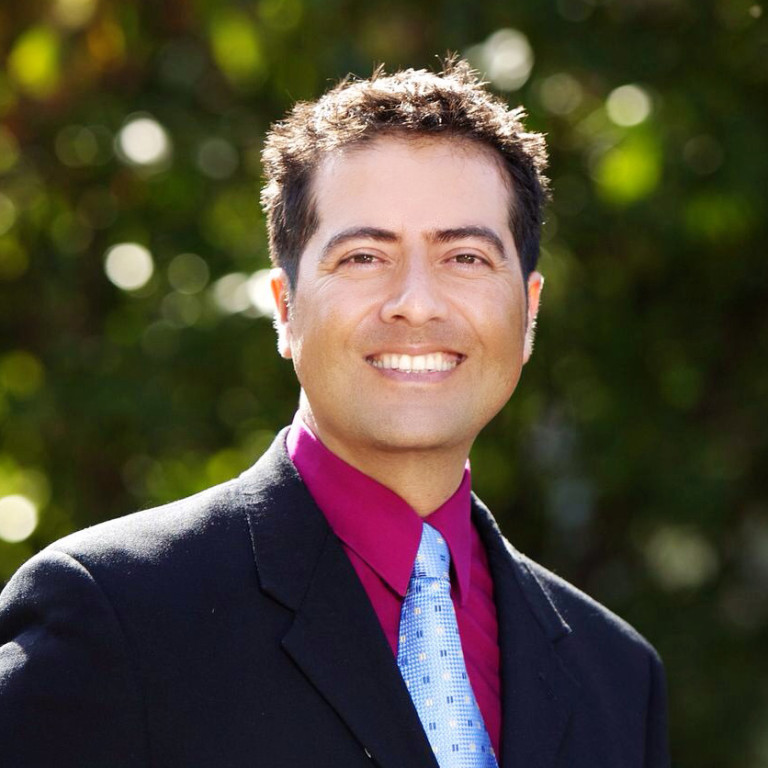 “I already knew the quality of the teachers at LMU,” Vega said. “Being exposed to different professors and styles of teaching sparked my imagination and opened windows and doors to keep exploring.”

Vega pursued his M.A. in Theological Studies to enrich his work with the Archdiocese of Los Angeles, where he works as the coordinator of Spanish Adult Faith Formation Programs. His theological coursework helped him better understand cross-cultural expressions of faith and Christianity, and also introduced him to a new interest in Native American spirituality. His final thesis project aimed at encouraging Latina/os to pursue higher education.

In addition to working for the archdiocese, Vega also works at 4Life Research, which has helped him become more aware about his own health, diet, and spirituality. “I like to take an eclectic approach to healing that incorporates both spirituality and science,” Vega said.

Outside of work, Vega volunteers for El Sembrador, a Spanish and Catholic television station, where he hosts a show on the Virgin Mary. His “Theology and Film” class at LMU helped him understand storytelling and messaging in film, a skill he uses in this role.

Vega hopes to still pursue his interest in spirituality further and create his own spirituality center. He wants to invite people of all backgrounds to visit and learn about meditation, discernment, faith, and taking care of the mind, body, soul, and heart.

“That is my biggest dream,” Vega said. “To help people accept God in all aspects of their lives.”

Recently, Vega appeared on ESNE’s “Todo Lo Puedo en Cristo,” a television program dedicated to interviewing Catholic singers, preachers, and people who have had impressive faith encounters and life changing experiences. On the show, he discussed how LMU's Graduate Theological Studies programs provide opportunities for continued formation and vocational training in Higher Education. He highlighted how Loyola's close proximity to the Archdiocese of Los Angeles, the Diocese of Orange, and the Diocese of San Bernardino make it an ideal choice for so many Angelinos.

"With the rise of new tech and the accessibility of the internet, information is available everywhere. There is no longer an excuse for ignorance. We are called to know Christ and we are called do what we can to get to know him more. Formation in the faith, rooted in social justice, ecology, ethics, and the dignity of the whole person are important. LMU offers degrees that allows this to take place."

When asked how he applies what he learned in his master's program, Vega answers, "It has allowed me to know what I am speaking about when it comes to spirituality, to care for the whole person according to their circumstances, and to better understand the psychological impacts of faith and care. It has helped me not only to serve others, but also to lead others so that they too may serve their communities with a strong foundation. Lack of proper formation leads us to think that what is good is bad and what is bad is good. This program taught me how to discern, and it prepared me to minister effectively."

Watch a few minutes of Ernesto Vega on “Todo Lo Puedo en Cristo” by clicking the image above.